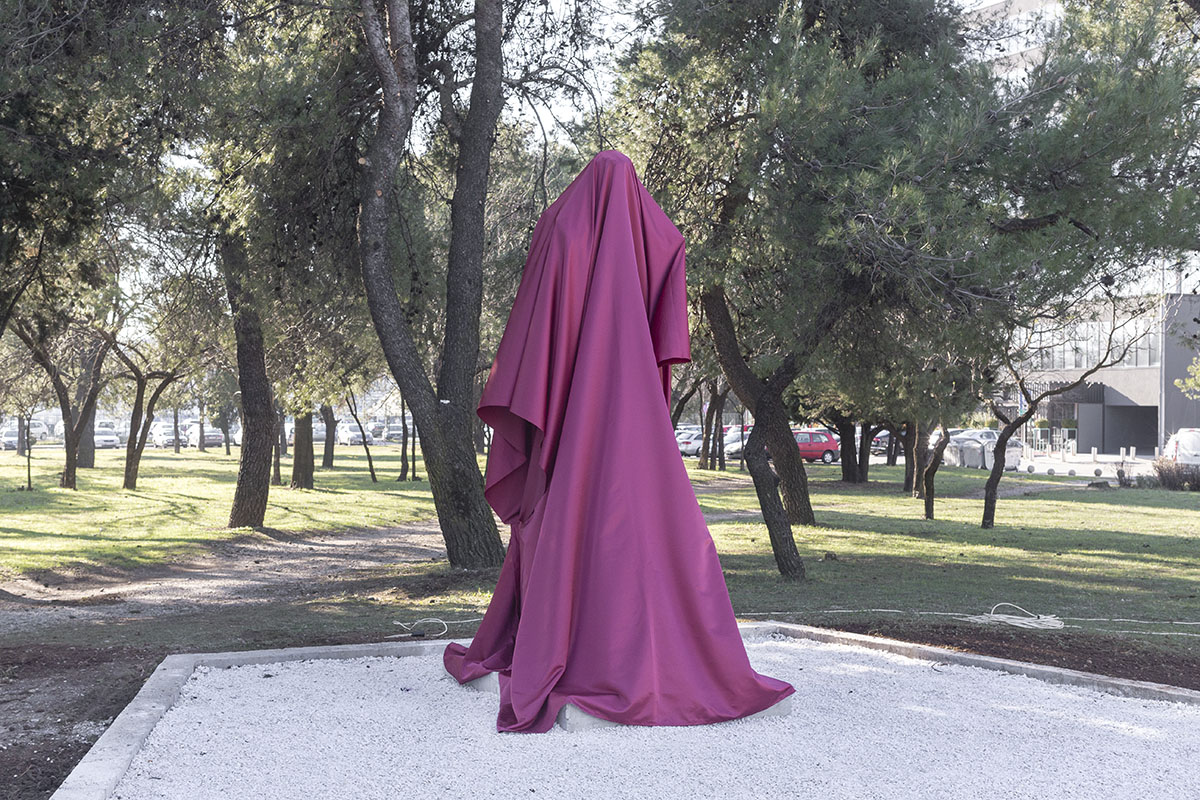 A statue of Josip Broz Tito, former Yugoslav leader, stands covered in cloth before its inauguration, Podgorica, Montenegro, Dec. 19, 2018. Podgorica, the capital of Montenegro, the smallest of the six Yugoslav republics, was between 1946 and 1992, officially known as Titograd, in honor of the Yugoslav leader. In late 2018, the local government erected a 3-meter-tall statue of Tito, in order to commemorate the city's Liberation Day in WWII.