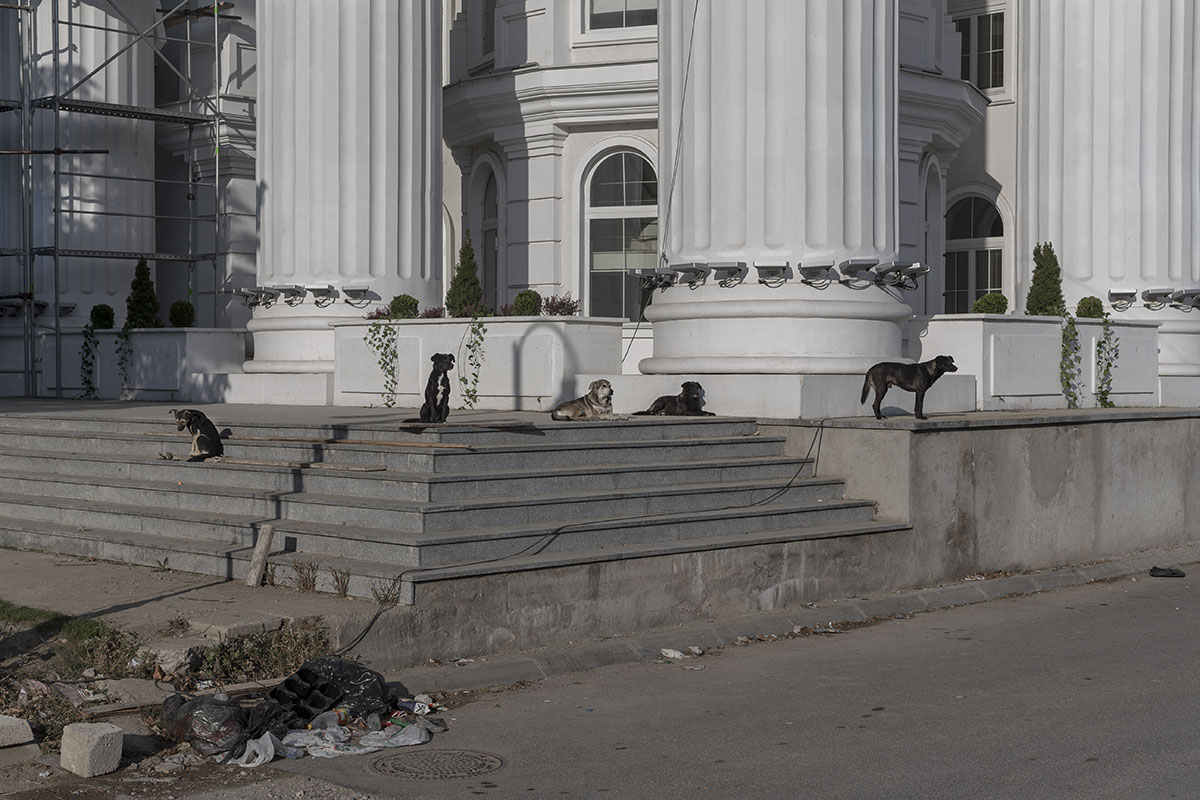 Street dogs bask in the morning sun as they sit at the entrance of a neo-classical building, Skopje, North Macedonia, Oct. 2, 2018. Dozens of historic kitsch style buildings and hundreds of monuments of all sizes were erected in the North Macedonian capital by the then nationalist government in the 2010's, with the aim of giving the city a 'more classical appeal' and to tie the country to Alexander the Great and Ancient Greek history. The project, dubbed ‘Skopje 2014’, was a point of contention in a long running dispute with neighboring Greece.