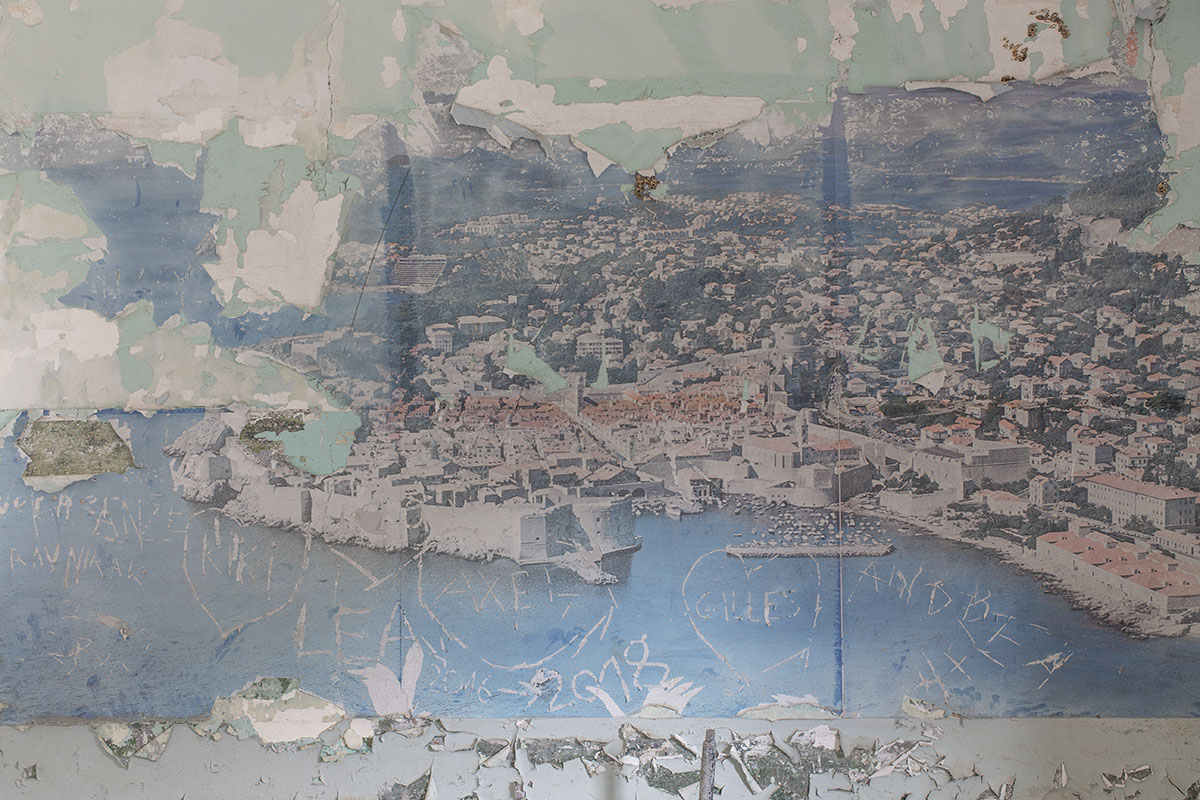 A poster advertising Dubrovnik, a well known tourist destination and one of the most recognizable locations in Yugoslavia, stands in a building inside the former political prison on the island of Goli Otok, Croatia, Oct. 17, 2018. Goli Otok, translated as Barren Island, was the site of a top secret political prison and labor camp organized by the Yugoslav authorities to incarcerate political opponents from 1949 to 1956. The estimates of the number of people dying under torture while imprisoned on the island is highly disputed to this day and ranges from several hundred to several thousand.